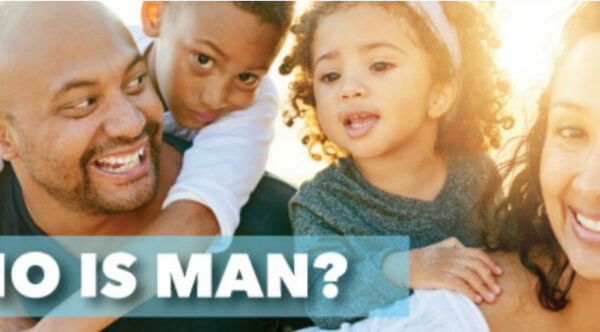 Throughout my years as a Christian, I’ve observed that most of the struggles believers face have their origin in the inaccurate or erroneous beliefs we hold regarding the true nature and character of God.

If we are not taught a proper, biblical sense of identity and self-worth, we will seldom experience God in an intimate and meaningful way!

And if what we believe about the Bible, God, and ourselves doesn’t agree with the revelation of the gospel in the New Testament, we may never experience God’s Word working consistently and effectively in our lives!

Religion and legalism have caused many to lose track of their true identity and worth, leaving them stripped of a healthy, biblical sense of who they are.

Traditionally we’ve been taught that being human is either evil, weak or deeply unspiritual. In many ways, true “spirituality” is believed to be about denying, disowning and escaping our humanity through legalism and moral discipline

Something Other than Human

As Christians, we’ve been encouraged to disown our basic humanity by doing all we can do (prayer, fasting and imposing moral disciplines) to reject our human emotions, passions and instincts!

As a result, many believers struggle to reconcile who God is and who they are as human beings!

For so many, it’s almost unthinkable that a holy God would have any connection with their deepest human dreams of enjoying everyday life. But it’s only in our union with God that we discover the fulfillment of being human!

If we correctly interpret Scripture, we find that God’s whole purpose for creating us is to be HUMAN. In the eyes of God, the very fact that we are HUMAN defines our true identity and value to God!

For so many, it’s almost unthinkable that a holy God would have any connection with their deepest human dreams of enjoying everyday life. But it’s only in our union with God that we discover the fulfillment of being human!

According as he hath chosen us in him (Christ) before the FOUNDATION of the world, that we should be holy and without blame before him in love: Having predestinated us unto the adoption of children by Jesus Christ to himself, according to the good pleasure of his will. —Eph. 1:4-5 (KJV)

God’s eternal plans have always been for us to find our origin and identity in Jesus Christ!

Who, although being essentially one with GOD and in the form of GOD [possessing the fullness of the attributes which make GOD GOD], did not think this equality with GOD was a thing to be eagerly grasped or retained, But stripped Himself [of all privileges and rightful dignity], so as to assume the guise of a servant (slave), in that He became like MEN and was born a HUMAN BEING.—Phil. 2:7-8 (AMP)

Therefore God will never be ashamed of you being part of His family!

For the one (God) who makes men holy and the men who are made holy SHARE A COMMON HUMANITY. So that he is not ashamed to call them his BROTHERS … And again …in these words: ‘Here am I and the children whom God has given me’. Since, then, “the children” have a common physical nature as HUMAN BEINGS, he (God the Son) also became a HUMAN BEING, so that by going through death as a MAN he might destroy him who had the power of death, that is, the devil; …It is plain that for this purpose he (God the Son) did not become an ANGEL; he became a MAN, in actual fact a descendant of Abraham.—Hebrews 2: 11-18 (Phillips)

Therefore, the gospel is an emphatic declaration that GOD NOT ONLY LIKES HUMAN, BUT LOVES HUMAN!!

HE ACTUALLY BECAME ONE!

Update Personal Details
Your ticket for